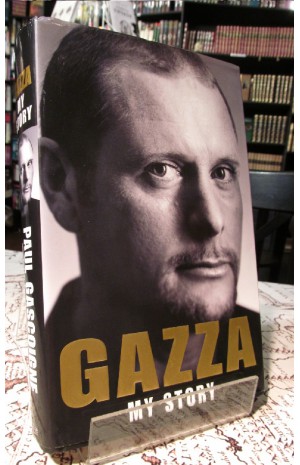 Аннотация:
Almost as soon as the young Geordie burst onto the scene at Newcastle United, Gazza was the centre of attention: Vinnle Jones’s notorious ball-handling showed the lengths people would go to try to stop him. Then, with England on the verge of possibly reaching the World Cup final in 1990, came Gazza’s tears — the moment that brought a whole new audience to the sport and helped set the football 1990s boom on its way. But then came a career-threatening injury, mental health problems, self-confessed alcoholism and family disputes, as life in the full glare of the media spotlight became too much. Now, at the end of his career in football, Gazza is finally ready to tell his own story in his own words for the first time — and it is even more amazing than you would have thought.
Рекомендуемые товары
Акция